Today, a happy little accident. I subscribe to and am somewhat evangelical about an app called Readwise. (The briefest explanation: Readwise is an app that collects your digital highlights (from Apple Books, Kindle Books, Instapaper, Medium.com, etc), collates them, then sends you a daily email with a handful of said highlights. It’s like getting a newsletter from yourself, reminding you of stuff you once thought important, but have since forgotten.)

This morning my Readwise newsletter-from-myself included this gem: 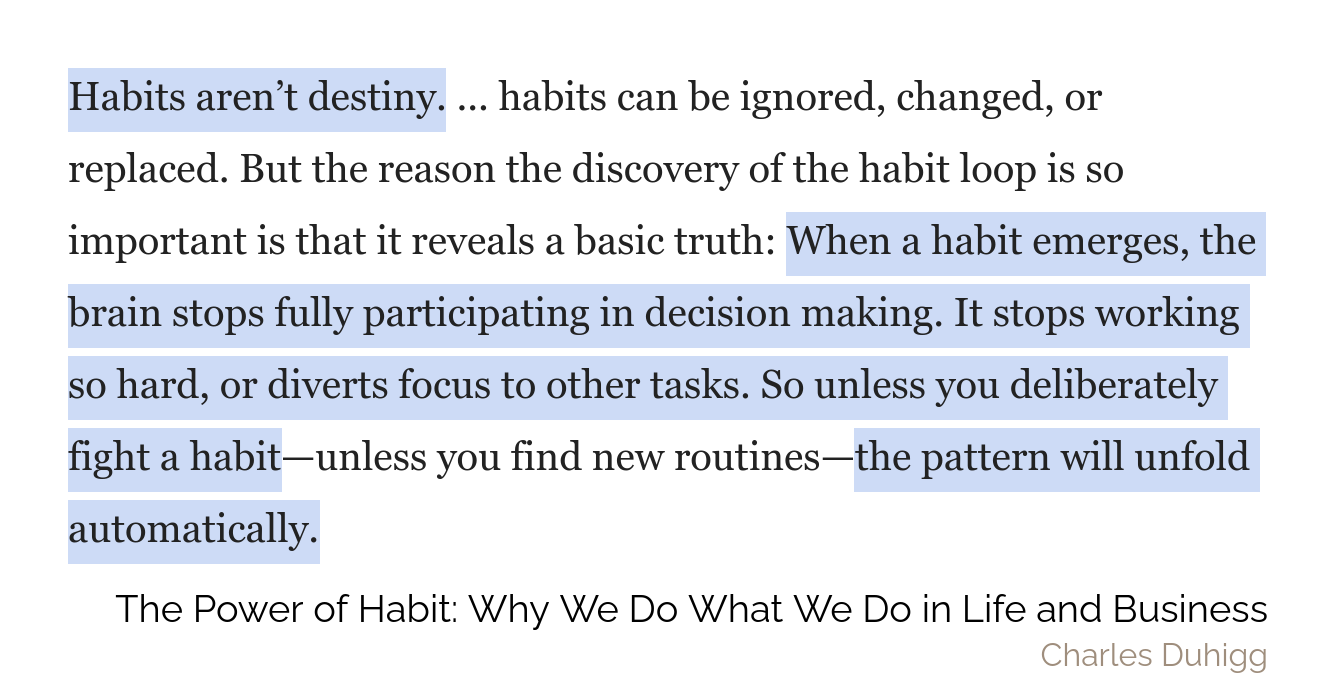 We just talked about this in the last episode of Dharma PhD (the podcast). But here’s something I didn’t get to say in the podcast: When re-reading The Power of Habit, I realized that [[Charles Duhigg]] and Dr. [[Judson Brewer]] have different ideas about how and where to “fight” habits.

A quick orientation: both Duhigg and Brewer agree about the layout of the habit loop: TRIGGER→BEHAVIOR→REWARD/RESULT. 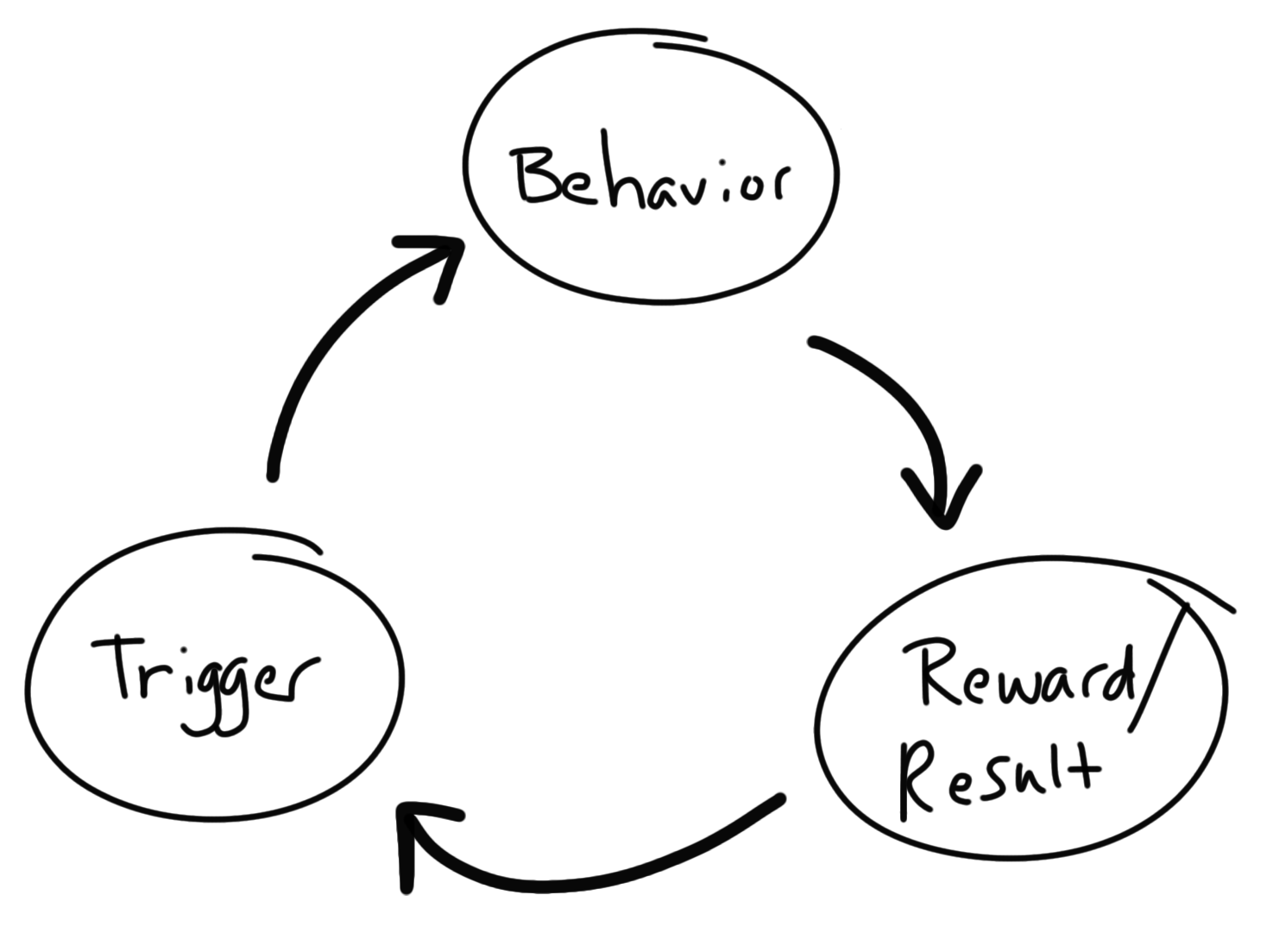 My sketchy tablet rendition of the Habit Loop.

Duhigg is insistent that the place to change habits is in the second step, in BEHAVIOR. He says that the only thing that can be done is to replace whatever behavior you currently have with a new behavior.

Example: TRIGGER: Your alarm clock goes off. If the old BEHAVIOR is hitting the snooze button and going back to sleep, the new BEHAVIOR might be sitting up and taking a sip of water from the glass you’ve strategically placed at your bedside table.

Brewer on the other hand explicitly argues against mere substitution as a method of behavior modification. (Brewer’s technique, if you don’t already know, is called Mindfulness Based Habit Change and you can learn about it over on his website DrJud.com. And disclosure: I am a trained habit-change facilitator for Brewer’s programs.) He says that substitution behaviors don’t work that well and, often times, we just get addicted to the new behavior.

Brewer’s method is to get at the habit loop at the REWARD/RESULT step. His claim (and I agree), is that by paying close attention to the results of our behavior, we can actually teach our brains that the result isn’t as rewarding as we once thought it was. (Here’s a fun video from Dr. Jud’s team. I don’t agree with some of the languaging, but it’s a great overview of his position.)

The beauty of this second approach (going after the third step, REWARD/RESULT) is that, rather than substituting one addiction/script/automatic behavior for another, we instead dismantle the habit loop itself.

This is why, for Brewer, it’s not about “fighting” habits (he often uses the Jungian paraphrase, “What you resist persists”), but rather it is about dismantling them. When we really pay attention to the RESULTS of our BEHAVIORS, our brain can learn that those results are not so rewarding and the habit loop begins to fall away all on its own.

So if you’ve read both The Power of Habit (Duhigg) and The Craving Mind (Brewer) and wondered why the authors come to different conclusions, it’s in this difference: what I see as greater discernment on the part of Brewer, of our ability to dismantle the habit loop from step three (REWARD/RESULT), rather than merely substituting a new behavior in step two (BEHAVIOR).

If you’re interested to hear more about habits, and maybe why “habits” isn’t the most skillful word when describing all the places the habit loop plays out in our lives (hint, it’s also personality and auto-pilot), give us a listen over in Episode 5.

May you be well!